Sangli is known as the Turmeric city and the Sugar Belt of India. Sangli is the largest market place for Turmeric & grapes in Asia,.Sangli District is located in the western part of Maharashtra in the river basins of the Warna and Krishna rivers. The important places of Sangli are Dandoba, Sagareshwar Sanctuary, Chandoli national park, Tasgaon Ganesh temple, Narsobachi Wadi, Audumbar, Battis Shirala, Kundal, Khwaja Meera Saheb Dargah, Khidrapur Temple, Ramaling Temple and many others. 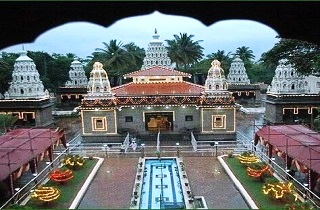 It is situated on the banks of river Krishna at Sangli known as 'Bagetil Ganapati'. Thorle (elder) Chintamanrao Patwardhan consecrated the idol in 1843. The temple has been artistically built with black stone brought from Jyotibha hills. There is a platform, a hall and a 'Nagarkhana' inside the vast two acres complex of the temple. It looks so beautiful when the silvery rays of evening sun brighten the face of the Ganapati idol. 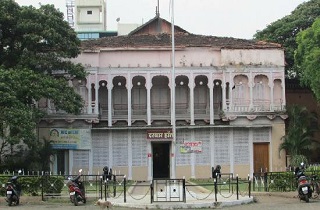 Sangli Fort is situated in the centre of Sangli City. Inside the fort is the Collector's office, Revenue Office, a Marathi school ?Purohit Girls High school" and a museum. Rajwada, the palace is also located inside the fort, and the museum is located in backside of the "Rajwada". It was the palace of Patwardhans of sangli. It was donated by Late Raja Chintamanrao Patwardhan II to Indian government. 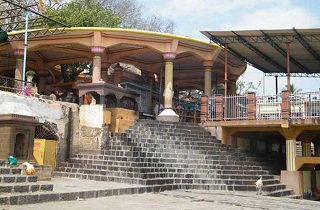 It is a sacred place of Narsinha Saraswati who was born in Vidarbha 700 years ago who stayed at Audumbar for 4 months. Villagers went to J J School of Art and appointed one European and Marathi Painter and sent them to Karanja to decide the exact sketch. one fine day both of them had a dream at the same time where 'Swamiji' appeared infront of them. which is today 'Audumbar Narsinha Saraswati' (Dattatraya). . 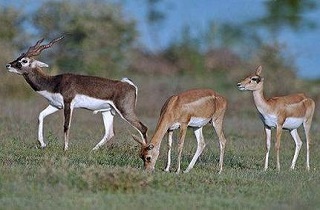 It is just 47 km from Sangli. Sagareshwar Wildlife Sanctuary is at trifurcation of three tehsils namely m Khanapur, Walva and Palus Tehsils of Sangli district covering an area of is th 10.87-sq-km in Western Maharashtra. Sagareshwar is an artificially cultivated forest and in which most of the wildlife species are artificially introduced. It was first blutxtught under the category of park, then Sagaroba game reserve in 1980 and thereafter, in 1985, it became Sagareshwar Wildlife Sanctuary when approximately 52 animals were set free in the area. Deer, jackals, rabbits, peacocks, wild goats, wild cows, leopards are the wild animals of this sanctuary. There are also ancient temples of Lord Shiva. 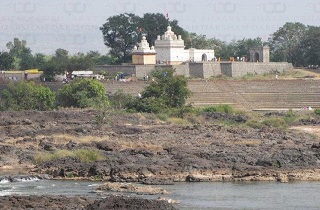 This place has its own sacred value and story. Bahe Borgaon is near walwa, when Prabhu Shri Ramchandra was seating for Meditation, there was a big flood occured on River Krishna due to this the Meditation of Shri Prabhu Ramchandra would have been disturbed. At the same time to avoid the disturbance in the Meditation Shri Hanuman spread his both hands and obstructed the flow of river and diverted the path of river water on both side of his hands. This is an ancient heard story. Because of this one island was formed, where Idol of Shri Hanuman spreading both his hands and obstructing the river water is here and is a sacred and faith places for the devotees. 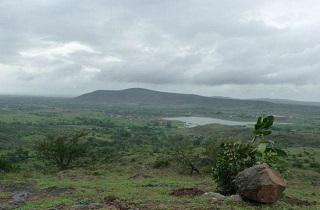 This place is on the border of Miraj and Kavathe Mahankal. Locating at the Miraj-Pandharpur Road, Dandoba Hill Station is just 30 minutes drive from Sangli. It is located around Dandoba Hills, which is a reserve forest area has variety of plant species and some wild animals. Here there is a sanctuary spread over two to three acres land with old temple of lord Shankara at the hill of Dandoba. Also this place has "Tehalni Buruj" with big size historical tower.